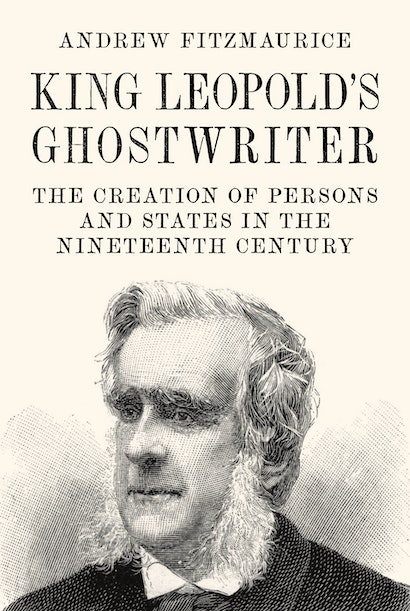 Eminent jurist, Oxford professor, advocate to the Archbishop of Canterbury, Travers Twiss (1809–1897) was a model establishment figure in Victorian Britain, and a close collaborator of Prince Metternich, the architect of the Concert of Europe. Yet Twiss’s life was defined by two events that threatened to undermine the order that he had so stoutly defended: a notorious social scandal and the creation of the Congo Free State. In King Leopold’s Ghostwriter, Andrew Fitzmaurice tells the incredible story of a man who, driven by personal events that transformed him from a reactionary to a reformer, rewrote and liberalised international law—yet did so in service of the most brutal regime of the colonial era.

In an elaborate deception, Twiss and Pharaïlde van Lynseele, a Belgian prostitute, sought to reinvent her as a woman of suitably noble birth to be his wife. Their subterfuge collapsed when another former client publicly denounced van Lynseele. Disgraced, Twiss resigned his offices and the couple fled to Switzerland. But this failure set the stage for a second, successful act of re-creation. Twiss found new employment as the intellectual driving force of King Leopold of Belgium’s efforts to have the Congo recognised as a new state under his personal authority. Drawing on extensive new archival research, King Leopold’s Ghostwriter recounts Twiss’s story as never before, including how his creation of a new legal personhood for the Congo was intimately related to the earlier invention of a new legal personhood for his wife.

Andrew Fitzmaurice is professor of the history of political thought at Queen Mary University of London. He is the author of Sovereignty, Property, and Empire and Humanism and America.