15,15-16,00: Frederik Dhondt, Legal arguments in the debate on recognition of Italian independence in Belgian parliament (November 1861)

17,15-18,00: Raphael Cahen, Constitutional and international entanglements in nineteenth century: the case of the Litigation committee of the French foreign minister and his actors
(1835-1871)


This chapter explores the so-called ‘Turn to History’ in international legal scholarship. Interest in the intellectual history or ‘history of ideas’ of international law has surged around the last turn of the century. Nijman contextualises this development and stages three possible approaches of why and how to study ideas and theories of the past. A central proposition is that the field of ‘History and Theory of international Law’ ultimately aims to establish a dialogue between international legal thought then and now. In this way (and by employment of e.g. the Cambridge School method) a critical distance emerges with respect to our own international legal thinking and its underlying political and moral ideas. The meaning of international law ideas changes through time and use – in the study thereof lies the critical potential and value for our own thinking. As such, ‘doing history’ comes with what Quentin Skinner calls ‘an enlarged sense of possibility’.
The chapter argues for a ‘doing history’ that liberates us from the hegemonic constraints that past thought and beliefs may place on our imagination. It builds on Roberto Mangabiera Unger’s image of ‘frozen politics’ and ‘false necessity’ to argue that change of our institutions is possible. In short, the chapter argues that doing history produces awareness of the contingency of received beliefs, values and institutions, and as such produces a sense of possibility – and arguably – responsibility. It suggests/recognises a capacity to reimagine and act. It is transformative and empowers to establish (institutional) change and get our (global) act together. An empowerment we desperately need. The chapter ends by alluding at the change sought: Unger and Ricoeur are brought together in a brief argument for the reinmagination of just institutions.

Our colleagues of the AHFD published an obituary of Henri Legohérel, legal historian. He is the author of a general summary on the history of international law (Histoire du droit international public, PUF, 1996) in the well-known Que-sais-je ? series of the Presses universitaires de France. For an overview of the rich publication list (notably on the history of public law, maritime history and the history of economics), we refer to the obituary.

This year marks the 70th anniversary of the founding of the People’s Republic of China. Several days ago, Chinese people all across the nation celebrated the anniversary. Over the past 70 years, under the strong leadership of the Communist Party of China, the Chinese people, with great courage and relentless exploration, have made remarkable achievements. China has not only successfully lifted more than seven hundred million people out of poverty, but also made great contributions to world economic growth.

Via H-Soz-Kult, we learned of a call for papers on international organizations and the Cold War.

“Since the beginning of the 21st century, both Cold War studies and histories of internationalism have seen a tremendous renewal. It is now widely acknowledged that the Cold War cannot be reduced to a mere confrontation between the two superpowers and the ideologies that they have promoted. Small and mid-sized European powers, and neutral as well as recently decolonized countries pursued specific goals that escaped Cold War oppositions. Various actors worldwide promoted exchanges between the two blocs and offered challenging and rich alternatives to the ideological dichotomy between state socialism and liberal capitalism. Internationalism, moreover, reached its peak as both an ideological value and a political practice in the decades that followed the Second World War.
[…]”

The full call can be found here Oxford University Press is publishing a new book on the enlightenment and the rights of man.

The Enlightenment redefined the ethics of the rights of man as part of an outlook that was based on reason, the equality of all nations and races, and man's self-determination. This led to the rise of a new language: the political language of the moderns, which spread throughout the world its message of the universality and inalienability of the rights of man, transforming previous references to subjective rights in the state of nature into an actual programme for the emancipation of man.

Ranging from the Italy of Filangieri and Beccaria to the France of Voltaire, Rousseau and Diderot, from the Scotland of Hume, Ferguson and Smith to the Germany of Lessing, Goethe and Schiller, and as far as the America of Franklin and Jefferson, Vincenzo Ferrone deals with a crucial theme of modern historiography: one that addresses the great contemporary debate on the problematic relationship between human rights and the economy, politics and justice, the rights of the individual and the rights of the community, state and religious despotism and freedom of conscience.

Vincenzo Ferrone has written extensively on the Enlightenment and Ancien régime Europe. He has taught and held fellowships at the Princeton Institute for Advanced Study, Ca' Foscari University in Venice, and the Collège de France in Paris. He is currently Professor of Modern History at the University of Turin. 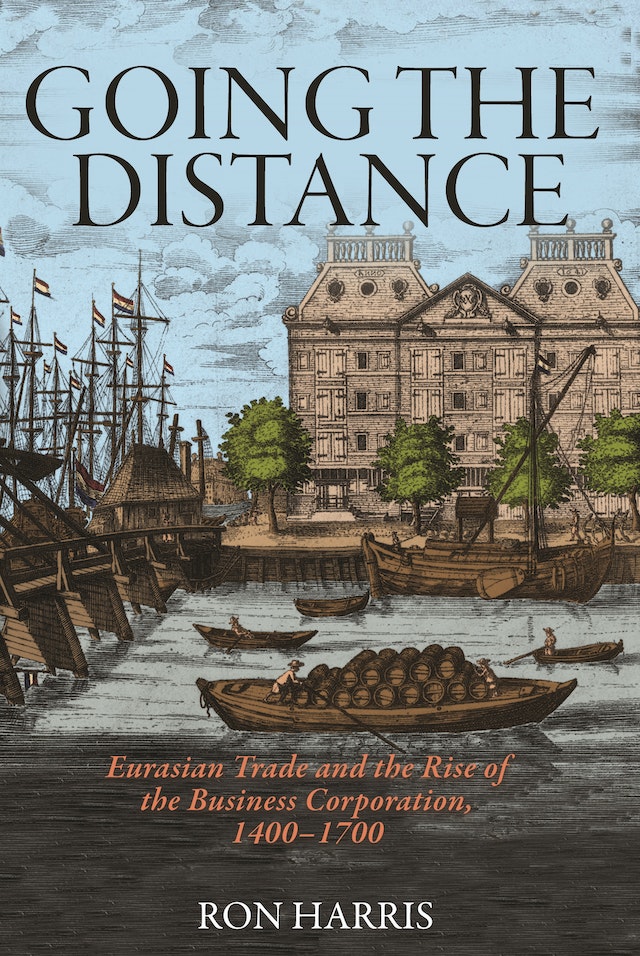 Princeton University Press is publishing a new book on Eurasian trade and the rise of the business corporation (1400-1700).

Before the seventeenth century, trade across Eurasia was mostly conducted in short segments along the Silk Route and Indian Ocean. Business was organized in family firms, merchant networks, and state-owned enterprises, and dominated by Chinese, Indian, and Arabic traders. However, around 1600 the first two joint-stock corporations, the English and Dutch East India Companies, were established. Going the Distance tells the story of overland and maritime trade without Europeans, of European Cape Route trade without corporations, and of how new, large-scale, and impersonal organizations arose in Europe to control long-distance trade for more than three centuries.

Ron Harris shows that by 1700, the scene and methods for global trade had dramatically changed: Dutch and English merchants shepherded goods directly from China and India to northwestern Europe. To understand this transformation, Harris compares the organizational forms used in four major regions: China, India, the Middle East, and Western Europe. The English and Dutch were the last to leap into Eurasian trade, and they innovated in order to compete. They raised capital from passive investors through impersonal stock markets and their joint-stock corporations deployed more capital, ships, and agents to deliver goods from their origins to consumers.

Going the Distance explores the history behind a cornerstone of the modern economy, and how this organizational revolution contributed to the formation of global trade and the creation of the business corporation as a key factor in Europe’s economic rise.

Ron Harris is professor of legal history and former dean of law at Tel Aviv University. He is the author of Industrializing English Law. 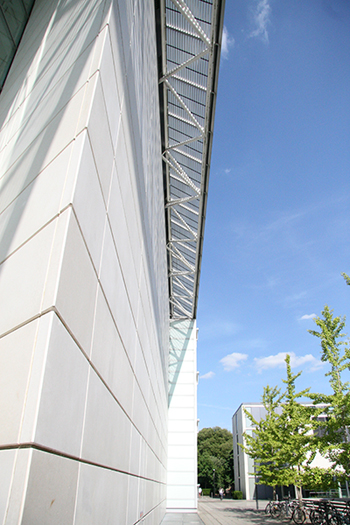 
The Faculty of Law is seeking to appoint an appropriately qualified person to a fixed-term Lectureship in International Law commencing 1 September 2020. The funds for the post are available for three years in the first instance, but a further two years of funding may be possible, depending on the return of the substantive post holder. The person appointed will teach on international law papers at undergraduate and postgraduate level, conduct and assist in the supervision of research, and participate in the general work of the Faculty.
The appointee will demonstrate potential to lecture effectively and to carry out and publish research of the highest calibre. The person appointed will normally hold a PhD or equivalent qualification. The Lecturer will be based in central Cambridge.
If you have any questions about this vacancy or the application process, please contact Julie Boucher by email jb234@cam.ac.uk. Please quote reference JK22281 on your application and in any correspondence about this vacancy.
Further particulars and details of the application procedure are available at the University Job Opportunities site.  Online application is available via that site.
Closing date: 2 March 2020
Vacancy Reference No: JK22281
Salary: £41,526-£52,559
The University values diversity and is committed to equality of opportunity.
The University has a responsibility to ensure that all employees are eligible to live and work in the UK.
(source: University of Cambridge)
Gepost door Frederik Dhondt op 12:30

‘The Role of the Brazilian Academic Elite in the “Civilization Project” during the XIX Century: An Analysis from the Example of the Whitening of the Population’, Luisa Cortat Simonetti Goncalves-Renato Coutinho (Maastricht)


The Vienna Congress of 1814/15 was a major event, attended by monarchs, diplomats and lobbyists, but also by adventure seekers, dancers and actors to represent their interests, to do business or to enjoy themselves. It provided the opportunity to compose pieces of music and to create many works of fine art, so that it has remained alive in the collective memory until today. The reorganization of Europe agreed at the congress had lasted for half a century. The 34 authors from ten countries analyse the Vienna Congress and its consequences. Both the internationality and the interdisciplinary nature of the research offer new perspectives on the event that changed Europe and the world forever. 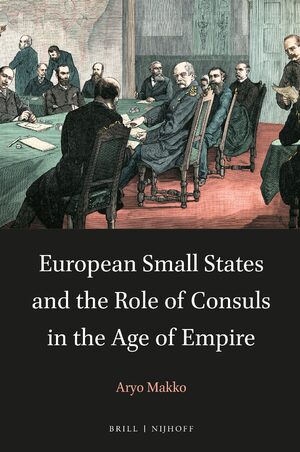 In European Small States and the Role of Consuls in the Age of Empire Aryo Makko argues that Sweden and Norway participated in the New Imperialism in the late 18th and early 19th centuries through consular services. Usually portrayed as nations without an imperial past, Makko demonstrates that their role in the processes of imperialism and colonialism during that period can be understood by including consular affairs and practices of informal imperialism into the analysis. With this, he contributes to our understanding of the role of smaller states in the so-called Age of Empire.

Aryo Makko, Ph.D. (2012), Stockholm University, is Associate Professor of History at that university and a Pro Futura Scientia Fellow at the Swedish Collegium for Advanced Study (SCAS). He is also a member of the Young Academy of Sweden.