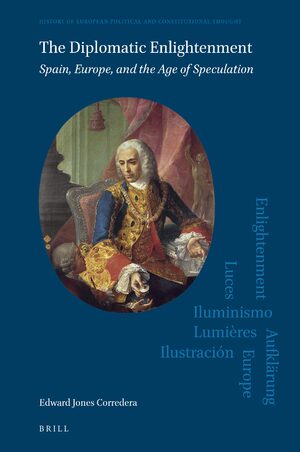 This book reconfigures the study of the origins of the Enlightenment in the Spanish Empire. Challenging dominant interpretations of the period, this book shows that early eighteenth-century Spanish authors turned to Enlightenment ideas to reinvent Spain’s role in the European balance of power. And while international law grew to provide a legal framework that could safeguard peace, Spanish officials, diplomats, and authors, hardened by the failure of Spanish diplomacy, sought instead to regulate international relations by drawing on investment, profit, and self-interest. The book shows, on the basis of new archival research, that the Diplomatic Enlightenment sought to turn the Spanish Empire into a space for closer political cooperation with other European and non-European states and empires.

Edward Jones Corredera is a Senior Research Fellow at the Max Planck Institute for Comparative Public Law and International Law and a Fellow of the Royal Society of Arts. He completed his doctoral studies at the University of Cambridge in 2020.