ARTICLE: Jullia GAFFIELD, "The Racialization of International Law after the Haitian Revolution: The Holy See and National Sovereignty" (American Historical Review CXXV (2020), No. 3, 841-868) 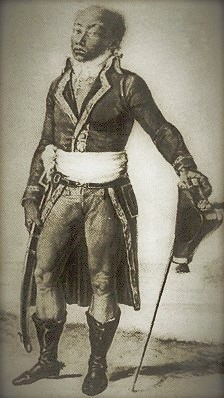 The Haitian state shaped international definitions of sovereignty and national legitimacy after the Declaration of Independence in 1804. Haiti’s nineteenth century was not a period of isolation and decline; its first six decades were globally connected because the country’s leaders challenged their postcolonial inequality with diplomacy and state formation. This strategy aimed to establish Haiti’s membership in the “family of nations,” a central metaphor in European and American diplomatic, legal, and religious decision-making. In doing so, the Haitian state forced the Atlantic powers to redefine the boundaries of international relations. Haiti’s decades-long negotiations with the Catholic Church were tied to the racialization of the global hierarchy. After its Declaration of Independence, the Haitian state began clearing a theoretical path toward recognized sovereignty based on the dominant narrative that a society must be considered “civilized” on the world stage. But, as it cultivated internal policies and practices that rejected the dominant racist assumptions, these discriminatory ideologies became increasingly more explicit in international law.