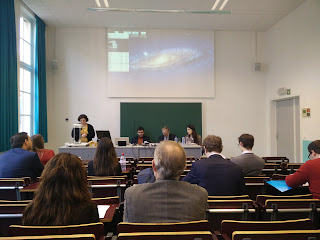 Leading scholars as well as junior researchers met in the historic faculty of Leuven University to discuss international law in the long nineteenth century. The event began with a warm welcome by the university’s dean, Prof. Bernard Tilleman who revealed a most interesting anecdote for the international legal historians assembled: the Peace of Versailles had obliged Germany to restore the library of the university. This was followed by warm welcome addresses by Prof. Randall Lesaffer and Dr. Inge van Hulle, the organizers of this well-orchestrated event.


Panel One: The Eighteenth-Century Fall-Out of Nineteenth-Century International Law (Chair: Randall Lesaffer)
Member of the International Court of Justice, James Crawford considered the basis on which France participated in the Congress of Vienna, the status of Napoleon during the Hundred Days and the legal basis for French responsibility for war damages resulting from the Hundred Days. Crawford eloquently argued that the Bourbon dynasty was legitimized by the prevailing monarchic theory of sovereign power. On the other hand, the status of Napoleon during the Hundred Days was less clear. Certainly, he was not a head of state and as such the basis of reparation for damages incurred by France during this period was discussed on the basis of the theory of responsibility.

Camilla Boisen argued that Edmund Burke bridged the two concerns of international law: authority and enforcement. It was Burke who provided the conceptual scope needed to resolve the issues of enforcement by prescribing specific common law foundations, binding the legal and the moral in international law and presenting it as domestic law.

Inge van Hulle explored a case-study: the legal connections and regimes that developed between British imperial agents and indigenous African communities living in West Africa in the period prior to the Scramble. Anglo-African international relations initially developed on the basis of mutuality and relative equality between parties, but simultaneously, there were imperial legal techniques as well(e.g. extraterritorial jurisdiction, anti-slave trade treaties, the extension of protection to African communities). 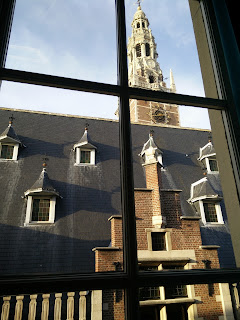 Panel Two: Neutrality (Chair: Inge Van Hulle)
Frederik Dhondt’s discussed how Belgium’s compulsory neutrality  of the 1810 to the 1830s was just one out of multiple tools to guarantee ‘le repos de tous’ and in reality was mostly superficial. Belgium’s compulsory neutrality arose out of a particular socio-historical context –the expansionist and revisionary stance of Napoleon III- and resulted in an interesting reception, including  the view of it as an economic advantage, a legitimation of colonialism, and foremost as a threatened status.

Shavana Musa examined the law of neutrality focusing on the conflicts during the Latin American Wars of Independence. The role of neutrality was discussed as the means of enhancing imperial and commercial power, as a peace-making tool and as a body of law that provided individual (justiciable) rights within the international sphere.

Viktorija Jakimovska’s discussed how throughout the Greek War of Independence, Great Britain generally avoided being dragged into a war but it eventually wished to influence the outcome of the conflict. From 1826-1827, Britain failed to adhere to the essentialia neutralitatis notwithstanding the fact that it never officially renounced the neutrality of its conduct.

Jan Lemnitzer examined how the 1850s was a crucial decade in transforming the system of the European law of nations into a universal system of international law. The proliferation of multilateral law-making treaties with the Declaration of Paris in 1856, the growth of international trade, and the rise of independent Latin American states resulted in further contacts between European and non-European states. However, the rise of exclusion in international law was exemplified by the spread of detailed rules for ‘civilized war.’

Stephen Neff discussed how the Darwinian revolution gave rise to American anthropologist Lewis Henry Morgan’s three-fold categorisation of human societies as savage, barbarous and civilised. This found a reflection in the international-law writing of James Lorimer buttressed by imperialistic policies of the European states and, generally, a hierarchical outlook on the part of international lawyers. Evolutionary thought also influenced a revival of natural-law modes of thought as the only acceptable normative regulation of relations between civilised and savage states. In stark opposition to the evolutionary scheme was diffusionism exemplified by Herbert Spencer’s theory of a general progression from militaristic to industrial modes of life. Diffusionism did not gain much traction with nineteenth century international lawyers.

Vincent Genin analysed how the Institut de Droit International (founded in 1873) represents the first major step in the institutionalization of the discipline. The speaker  discussed how in the last quarter of the nineteenth century, the IDI juggled between its self-affirmed role as the ‘public conscience of the civilized world’ versus historic tides of nationalism, the multiplication of conflicts and colonial rivalries. 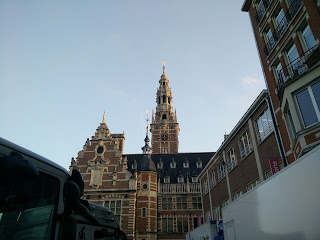 Panel Two: Empire and the Periphery in the Nineteenth Century (Chair: Camilla Boisen)
Andrew Fitzmaurice explored the standing of non-European nations in the work of the nineteenth century jurist Sir Travers Twiss. Archival materials were presented which painted a colourful picture of Twiss’ personal life, including his marriage to a prostitute. This union eventually destroyed his career. In terms of Twiss’ legacy to international legal history, he had advocated the view that non-European states (including China, Japan, the Ottoman Empire, Egypt, and the ‘African Slave-states’) were equals with European powers in the law of nations. His view sprung not from humanitarian concerns but from a concern for the duties (and not rights) of these nations.

Stefan Kroll discussed the Shanghai International Settlement (1863-1943), a zone within the area of Shanghai which was detracted from the authority of Chinese rule, and which was controlled by the self-government of foreign merchants (the Municipal Council). While the mixed court was expected to apply Chinese norms, in reality, foreign norms and judicial practices were being introduced. The Su bao-case (1903) illustrates the mixing of legal systems within the merchant court. This case concerned political radicalism against the Chinese government.

Luigi Nuzzo presented an Italian history of international law, focusing on Pasquale Stanislao Mancini and his pragmatic approach to international law. Mancini’s imprint on international law is exemplified by his insistence on the principle of nationality but his legacy has not been given its proper due. Analysing forensic memories, legislative deeds, parliamentary speeches, editorial projects rather than doctrinal works provides further food for thought with regards to his contribution.

Panel Three: Individuals and International Law (Chair: Andrew Fitzmaurice)
Gabriela Frei examined the biography of Sir William Jones, a judge at his Majesty’s supreme court of judicature at Fort William, the citadel of Calcutta in Bengal, and a well-known orientalist of the eighteenth century. Jones also wrote the first English translation of Hindu and Muslim laws, and thus made those texts available to the Western world. He believed that only local laws would allow a basis for a fair and just legal system. The paper also discussed the multiple legal systems co-existing at this period in Bengal, which developed legal standards for the commercial enterprise of the East India Company. 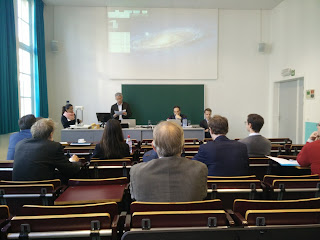 Raphael Cahen retraced the beginning of the Mahmoud Ben Ayed case (1855-1858) through an examination of documents from the archives of Joseph Marie Portalis, a famous judge and diplomat, who had been charged to administer the case. This case involved the extradition of Mahmoud Ben Ayad from France back to Tunisia. Ben Ayad, a famous Caïd and minister of commerce, was charged with embezzlement of state funds.

Raymond Kubben analyzed the conception of statehood within international legal textbooks of the long nineteenth century. The definition of the state in the early period were varied and typically reverted to abstract Roman law or philosophical concepts such as civitas or communitas perfecta. Over the course of the nineteenth century, textbooks would specify the legal concept, slowly forming definitions akin to the one in the 1933 Montevideo Convention.