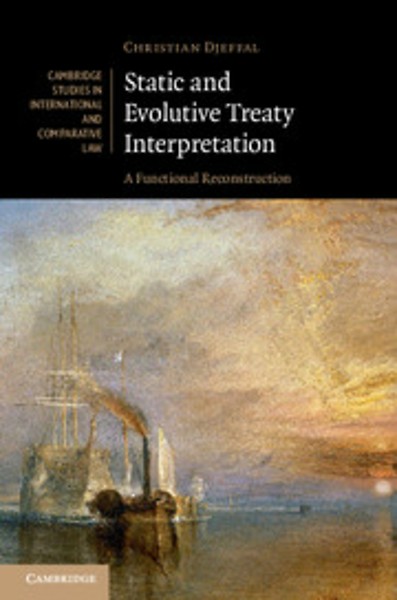 How should international treaties be interpreted over time? This book offers fresh insights on this age-old question. The Vienna Convention on the Law of Treaties (VCLT) sets out the rules for interpretation, stipulating that treaties should be interpreted inter alia according to the 'ordinary meaning' of the text. Evolutive interpretation has been considered since the times of Gentili and Grotius, but this is the first book to systematically address what evolutive interpretation looks like in reality. It sets out to address how and under what circumstances it can be said that the interpretation of a treaty evolves, and under what circumstances it remains static. With the VCLT as its point of departure, this study develops a functional reconstruction of the rules of treaty interpretation, and explores and analyses how the International Court of Justice and the European Court of Human Rights have approached the issue.


Christian Djeffal received his Ph.D. from Humboldt Universität zu Berlin, where he worked as a research assistant. He is currently a law clerk at the Higher Regional Court of Frankfurt. He has been a visiting scholar at the Amsterdam Center for International Law at the University of Amsterdam, the Lauterpacht Centre at the University of Cambridge, and the Max-Planck-Institute for Comparative Public and International Law.