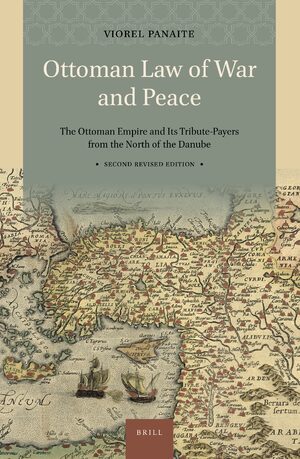 Brill has published a second, revised edition of “Ottoman Law of War and Peace”.

Making use of legal and historical sources, Viorel Panaite analyzes the status of tribute-payers from the north of the Danube with reference to Ottoman law of peace and war. He deals with the impact of Ottoman holy war and the way conquest in Southeast Europe took place; the role of temporary covenants, imperial diplomas and customary norms in outlining the rights and duties of the tributary princes; the power relations between the Ottoman Empire and the tributary-protected principalities of Wallachia, Moldavia and Transylvania. He also focuses on the legal and political methods applied to extend the pax ottomanica system in the area, rather than on the elements that set these territories apart from the rest of the Ottoman Empire.

Viorel Panaite, PhD (1995), University of Bucharest, is Professor of Ottoman History, and Researcher at the Institute of Southeast European Studies, Romanian Academy. He has extensively published on war, peace and tributaries in Ottoman view, and Western merchants in the Levant.

Preface and Acknowledgments
List of Facsimiles, Illustrations and Maps
Transliteration and Pronunciation of Turkish and Romanian
Abbreviations
Part 1: Ottoman Law of War and Peace
1 Islamic Tradition and the Ottoman Law of War and Peace
Part 2: The Danube as a Gazi River
2 The Ottoman Ideology of Holy War
3 Ottoman Holy War to the North of the Danube
Part 3: Submission and Conquest
4 The Islamic Ottoman Law of Peace
5 Obeying Ottoman Sultans in Southeastern Europe: a Chronological Survey
6 From Allegiance to Conquest: Terminology, Meanings, Myths
Part 4: Covenants and Customs
7 Ottoman Peace Agreements
8 Oaths as a Guarantee of Fidelity
9 Pacta Sunt Servanda and Tributary Status
10 Customary Practices
Part 5: Tribute-Payers and Protected Peoples
11 Sultans and Voivodes
12 Voivodes as Tribute-Payers
13 Reʿayas and Protected Peoples
14 Tributary-Protected Principalities
Conclusion
Glossary of Ottoman Turkish Terms and Locutions on War, Peace and Tributaries
Table of Correspondence
Bibliography
Index