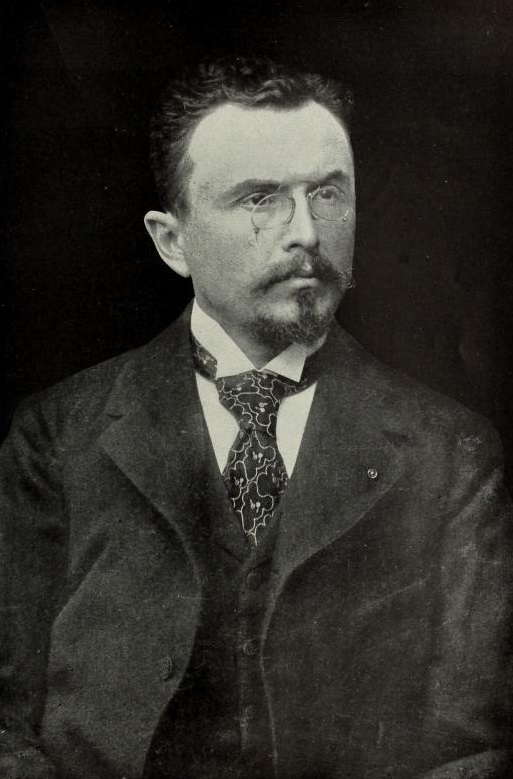 
The seminar aims to study the key period of the early 20th century during which diplomacy become more official and adapted to major changes in international life. Two diplomats of the same generation, one who had a traditional background (Hanotaux) and the other a laureate of the recruitment exam which had recently been established at the Ministry of Foreign Affairs (Jusserand), represent this era. Sharing an interest in French-American relations, they helped define the major areas of foreign policy but also left behind a body of work in the intellectual milieu of their time.


Seminar held by the Ministry for Europe and Foreign Affairs (Archives Directorate), Sorbonne Université (Centre for 19th-Century History) and France-Amérique The seminar aims to study the key period of the early 20th century during which diplomacy become more official and adapted to major changes in international life. Two diplomats of the same generation, one who had a traditional background (Hanotaux) and the other a laureate of the recruitment exam which had recently been established at the Ministry of Foreign Affairs (Jusserand), represent this era. Sharing an interest in French-American relations, they helped define the major areas of foreign policy but also left behind a body of work in the intellectual milieu of their time. A student at the École des Chartes and then lecturer at the Écoles des Hautes Études, Gabriel Hanotaux (1853-1944) entered the Foreign Ministry to conduct his research on Richelieu in the archives. Originally working as an unpaid attaché (volunteer intern), he rose through the ranks and worked in the Private Offices of three Ministers, including Gambetta (1881-1882) and Jules Ferry (1883-1885), before obtaining a unique post in Constantinople, which was unexpectedly interrupted (1885-1886). After leaving the Foreign Ministry for three years to work in politics (he was elected Member of the Chamber of Deputies), he returned in a senior role before being appointed Foreign Minister for four years (with a hiatus from November 1895 to April 1896). During his time in office, he focused on colonial expansion up until the Fashoda crisis. However, while on the continent, he worked on finding a balance and European cooperation by seeking to reconcile with Germany (to counter English colonial competition), Russia and Italy. After leaving the Foreign Ministry in 1898 he continued his diplomatic work. He was a delegate to the League of Nations (1920-1924), founded the Comité France Amérique, then dedicated his time to his work as a historian. Jean-Jules Jusserand (1855-1932) held a degree in Law and Literature when he took the recruitment exam for consular work (1878). His academic and professional development went hand in hand. He perfected his knowledge of English language and literature in London where he was named student-consul (20 September 1878), after defending his thesis for his PhD in Literature on a 12thcentury English poet, Josephus Exeter (22 November 1877). After working in the Private Office of Minister Barthélémy-Saint-Hilaire, he published his work “Literary History of the English People”, which earned him the esteem of the son of the French politician and historian, François Guizot, a professor at the Collège de France. In 1880, he became Deputy Political Director, while pursuing his literary career. He was also involved in organizing the Protectorate of Tunisia in which he supported his friend Paul Cambon (1882-1887). He obtained his first post as Minister of France in the Legation to Copenhagen (1898), before succeeding Jules Cambon as French Ambassador to Washington, D.C.. His ambassadorship was exceptional due to its length (23 years), the esteem and the friendship which bound the Ambassador and President Theodore Roosevelt, the popularity he enjoyed among the American people, and his effective diplomatic action. He is credited with securing the United States’ support at the time of the Moroccan crisis and the Conference of Algesiras and its entry into World War One in 1917. Jean-Jules Jusserand is the perfect example of a diplomat who completely understood the culture and social and economic context of his country of residence, living by the principle that it is now less important for diplomats to persuade a prince and his minister than to understand a nation.


We will talk about the following themes linking the two prominent figures:
As a friend of Taine’s, Jusserand was part of College de France circles in Paris and frequented avant-gardists in London. In the United States, he was very close to academia. Hanotaux was appointed to the Academie Française in 1897 as a historian and had regular contact with academic literary and artistic circles.
Hanatoux, as a historian of his era and biographer of Richelieu, Jusserand as a fluent English speaker, a specialist in English literature and theatre having written a work that could be studied to evaluate their reach and modernity.
Jusserand visited Egypt amid the fully blown Mahdist Revolt and attended to Tunisian issues. Coming from Picardy, marked by the defeat of 1870, Hanotaux closely followed colonial issues. He was involved in the Fashoda crisis and helped to resolve it before Delcassé.
Hanotaux, the first to understand the power of the United States on the international stage by sending a prominent political figure there: Jules Cambon. Hanotaux, founder of the Comité France-Amérique in 1909.
Jusserand, ambassador and observer, before, during and after the World War I, his diplomatic action, his teams and his friendships among American political personnel, the reputation he acquired and the outreach of his embassy.
Jusserand was criticized for not being able to convince the United States to enter the war sooner. He was competing with the presence of a High Commission in Washington D.C. and the role of the interallied committees.
Diplomacy underwent huge changes because of the War, including an increase in the machinery of the State, the role of interallied committees, an increasing number of experts, weighty economic, monetary and financial issues, and cultural diplomacy.