ONLINE LECTURE: Prof. dr. Miroslav Šedivý (Univ. of Pardubice), 'The public response to international insecurity 1830–1848: The Europeans between the written law (Recht) and the law of the mightiest (Faustrecht)' (1 OCT 2020; 17:00)

The public response to international insecurity 1830–1848: The Europeans between the written law (Recht) and the law of the strongest (Faustrecht) 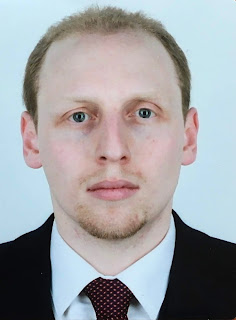 The Congress of Vienna of 1814–1815 was a generally well-known attempt to ensure security and peace within the so-called family of European countries and nations. This goal was to be achieved by clearly defined legal engagements and a mutual willingness to settle international disputes in a peaceful way. A quarter century later, however, a considerable number of Europeans felt that the heritage of the congress was being eroded and that the world was becoming increasingly insecure.

This conviction was primarily caused by the abuse of power by the most powerful states at the expense of weaker ones in Europe as well as the former’s imperialist policies in overseas regions. The most influential in this respect was the great powers’ competition in the Near East which had significant negative repercussions on the relations among the great powers themselves and on the general peace in Europe, such as happened in late 1840 during the so-called Rhine Crisis when a military conflict in the Ottoman Empire provoked a general war scare on the Continent. What was symptomatic for the Rhine Crisis was the increasing mistrust in the great powers’ policies and in the stability of the whole structure of the post-Napoleonic states system: a growing number of Europeans no longer had faith in the functionality of this system and generally became convinced that the security of their own countries and other nations in the world where the rule of force (Faustrecht) dominated was to be best preserved by material strength. That is why this widespread reaction to the law-breaking in international affairs, resulting in international insecurity, was one of the important points in various political/national programmes and stimulated the pursuit of national unifications, well defensible frontiers, land and naval armaments and colonial adventures.

At the same moment, however, a great number of Europeans did not abandon the belief that the security of their homeland also depended on the quality of the whole European states system, which made a considerable number advocate a more normative approach: new international law was to be introduced to ensure the equality as well as more justice and peace in relations among all states. This request was popular not only among the adherents of the peace movement being on rise in the 1840s but also in the nationalist camps across the Continent; both groups proposed the reconstruction of the international order by introducing new principles of international law, being a real law of (free) nations, and the creation of a pan-European organisation in the form of either a monarchical confederation or a congress of nations. The paper’s principal goal is to introduce this at the first sight contradictory debate about law and power in international relations before the mid 19th century and explain not only its causes but also the reason of the failure to establish a new better international political-legal order in Europe.

RSVP with standenenlanden@gmail.com. The lecture is scheduled for 1 October 2020 at 17:00 CET.